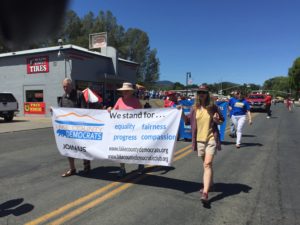 Democratic Club members who also showed up and were inducted to carry the Health Care for All banner are Pauline Pavon, Holger Jurgens and Stephanie Pawah.